We’ve caught up with Kate Bignold of Gala Fine Art to learn more about her fascinating experiences in the art industry, to hear about the ethos behind the online gallery, and to get the lowdown on who she thinks are the ones-to-watch … 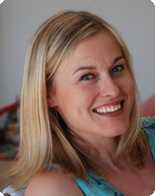 We’re thrilled that online gallery Gala Fine Art made their Affordable Art Fair debut in spring 2016, directed by the delightful Kate Bignold. Kate’s lifelong interest in art was sparked as a student of languages and art history, and the opportunity to live in Paris, Geneva and Berlin further fuelled her passion. She began her career immersed in the London art world, working at Dulwich Picture Gallery and the Royal College of Art, then switched professions to work as a specialist translator in the fields of art and culture for 15 years before founding Gala Fine Art last year.

We’ve caught up with Kate to learn more about her fascinating experiences in the art industry, to hear about the ethos behind Gala Fine Art, and to get the lowdown on who she thinks are the ones-to-watch … 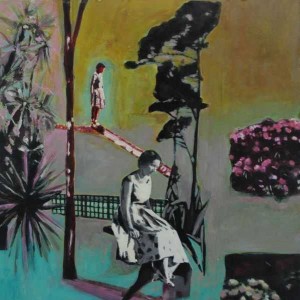 Gala Fine Art is an online gallery that I launched in March 2015, named after Gala Dali – surrealist master Salvador Dali’s wife, agent and muse. I’m based in Bristol and represent an exciting group of emerging, mid-career and established British and Irish artists (currently 10 painters and 1 photographer) who have each developed their own very distinctive creative style.

Typically, the artists I work with combine traditional painting or photographic techniques with modern and/or unconventional processes. Whether bold and colourful or subtle and muted, much of the work boasts a cinematic quality and a strong photographic element, in the form of screen printing, photographic transfer or collage, for instance. 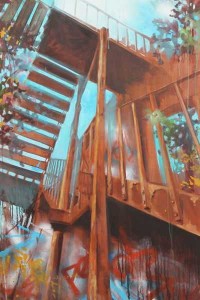 2. What are your favourite things about running a gallery and showing at art fairs?

After graduating in modern languages then working in the art world for six years, I began work as a translator. Just like translating, running an online gallery involves a lot of time at the computer! But unlike translating, it is also a people-centred job, and that’s one of the key things I love about it.

First liaising with the artists – visiting their studios and choosing work for art fairs (it’s like going shopping for art and I usually want to keep everything for myself!), discussing their work and plans, and encouraging and supporting those who are starting out.

And second, meeting art lovers at fairs – it gives me a thrill to see how happy they are when they buy a piece they adore. My very first sale at a fair was to a couple in Manchester who had never bought a work of art before. They fell in love with one of Dan Parry-Jones’ paintings of a beach scene featuring two children playing, saying it reminded them of holidays with their two grown-up sons when they were small. 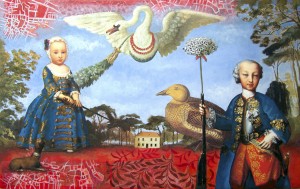 3. How do you select the artists you represent?

I started out with a handful of artists I knew and have since taken on seven new ones, from Bristol (Jamaica Street Studios and Spike Island are a hive of talent) and further afield – mid-Wales, the West Midlands and the north-west of England mainly.

I talent spot at open studio events and open submission exhibitions, like the annual show at the Royal West of England Academy in Bristol, the UK’s only regional Royal Academy. That’s where I fell in love with Annette Pugh’s work, who in turn led me to her Birmingham artists studio colleague Angela Maloney, who led me to New Art West Midlands, an Arts Council-funded platform for artists in that area, whose last exhibition led me to John Devane – all of whom were exhibitors at the 2016 Affordable Art Fair Battersea Spring! 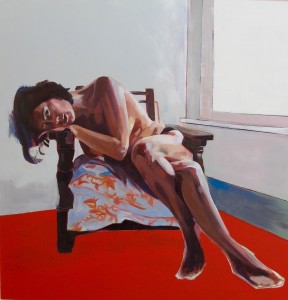 4. Do you collect art yourself? Tell us a bit about your favourite piece.

My favourite part of my collection has to be an edition of five very unusual silkscreen prints (think Surrealism meets folk art) published in Santiago de Chile in 1949. I found them in the back of a cupboard in my mother’s house after she died. I think she had inherited them from her great aunt who had travelled the world with her army officer husband. Each print is by an eminent Chilean artist, three of whom belonged to the Grupo Montparnasse, which was formed in the 1920s when several of the members returned to Chile after a period living and working in Paris alongside Europe’s avant-garde greats, including Picasso and Cézanne. 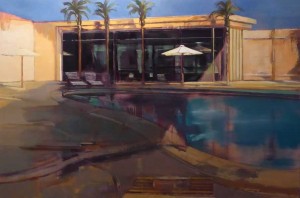 5. Which of your artists should we look out for?

I love Annette Pugh’s melancholic paintings exploring the traditional British holiday park as a fantasy world for the working classes. I’m also excited by the latest body of work by John Devane, who won second prize in the 2013 BP Portrait Award: Edward Hopper-inspired paintings of tranquil swimming pools that brilliantly evoke a moment in time in the summer heat. Bristol-based newcomer Clare Bonnet is also definitely one to watch for her bold, candid, semi-abstract portraits of women in undefined interiors. Obviously I’m biased, but I love our artists!