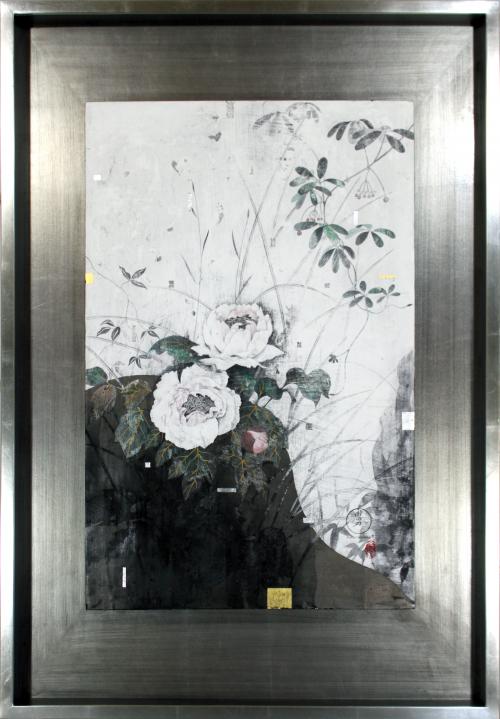 Yoshio Imamura was born in 1948, in the Japanese Alps of Nagano Prefecture where he grew up “in a humble dwelling at the bottom of a valley.” Remaining in the area, Imamura now owns a studio in Iida City where he works as a graphic designer and independent artist.  As a young artist deeply influenced by contemporary American art, Imamura lost his creative footing. Reaching out to NAKABAYASHI Tadayoshi (b. 1937), a respected print artist and professor, Imamura received the mentorship and support he needed. His artistic path became clear as he studied at Atelier Contrepoint in Paris, and he embraced his Japanese roots as well as the love of nature and its seasons that had been instilled in him during childhood.  Imamura’s works record memories of wandering through fields, woods, streams and mountains, and of gazing at the stars at night. Moved by the beauty of wild vines, dilapidated village huts and heavenly constellations, Imamura creates works that reflect his insight into the transience and evolution of life. Included in his abstract compositions of geometric shapes and mysterious signs are images of the grasses, leaves, flowers, twigs and rocks that he collects during his walks. Imamura realizes his visions using a complex amalgam of media (etching, engraving, woodblock, aquatint, chine collé, collagraph, gold, silver and copper leaf).  Imamura’s works have been awarded prizes as far afield as India, Egypt and Taipei, Eastern Europe, Spain and Paris. His work is represented in major museums in the United States, Singapore, Germany, Poland and Australia.