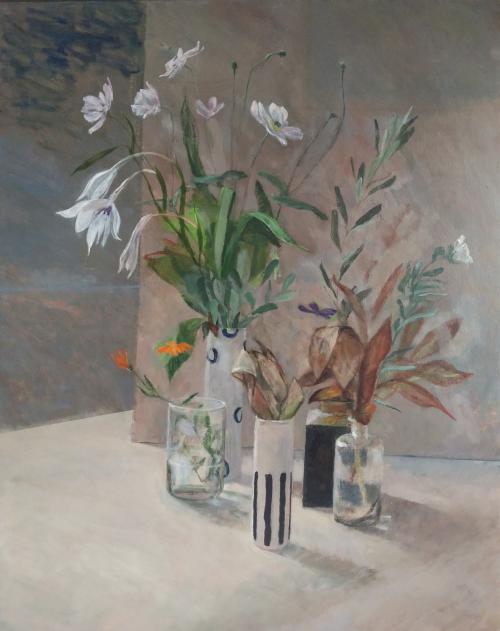 William Packer is a British-born artist who began his artistic training at Wimbledon School of Art, graduating with a National Diploma in Design and Painting in 1963. He followed on from this with an art teaching certificate from Brighton College of Art in 1964. Since graduating, William has been working as both a painter and a critic. Working both creatively and critically, William has always hoped that it would be the painting, seen from an active and practical view, that would inform his writing, rather than the other way round. Over recent years he has worked mainly with still-life, but never exclusively so, and he intends to turn more to the landscape and the figure. William works principally in oil and for many years he painted on board, but nowadays he often chooses to use linen canvas and, for smaller paintings, primed card.  His artworks have been exhibited widely, with exhibitions at The Royal Academy of Art that he has returned to on several occasions since his first exhibition in 1963. He is also a member of the New English Art Club and has Exhibited on multiple occasions at there annual open exhibition. William's paintings are also featured in collections at the National Portrait Gallery and Sheffield City Gallery. Throughout his career, William has also worked as a Visiting teacher variously at Exeter, Manchester, Hornsey, Ravensbourne, Newcastle, RCA, RA Schools, Edinburgh.