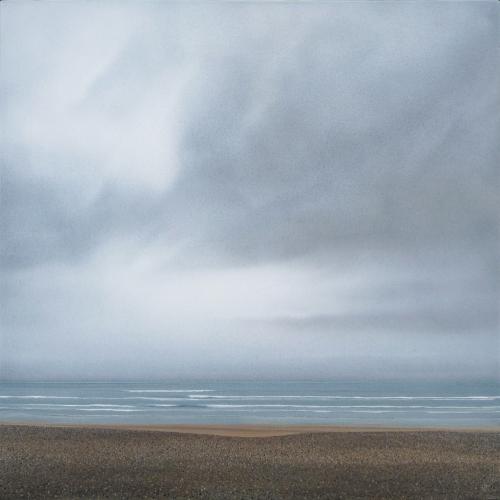 "Having first pursued my interest in landscape through photography and urban design, I have turned to landscape painting. This has led me to become a more analytical observer of the many forces operating in the environment and our responses to them."

Terry completed his early art training at Camberwell School of Arts and Crafts, and Hammersmith College of Art London. Since the 1990’s he has exhibited widely in London with one-man shows and group exhibitions. His commissioned work, including photographic commissions, is to be found in public, private and corporate collections. He has had art commissioned for reproductions by various private, public and commercial bodies in books, brochures and postcards (e.g. British Gas plc, Silver Street Studios and Greenwich Landscape Artists.) Terry has been involved in producing numerous art installations in and around London and has worked on several large-scale design projects for public venues. He has taken part in various competitions and in 2002 won the guest prize at the Laing Seascape and Landscape Art Competition. He also won first prize at the London City Airport Art Competition both in 2002 and 2003. His paintings are unusually wide perspective, precisely rendered, yet also contain freely created elements. He attempts to use composition and light to generate a twenty-first century perception within the continuing tradition of landscape painting.