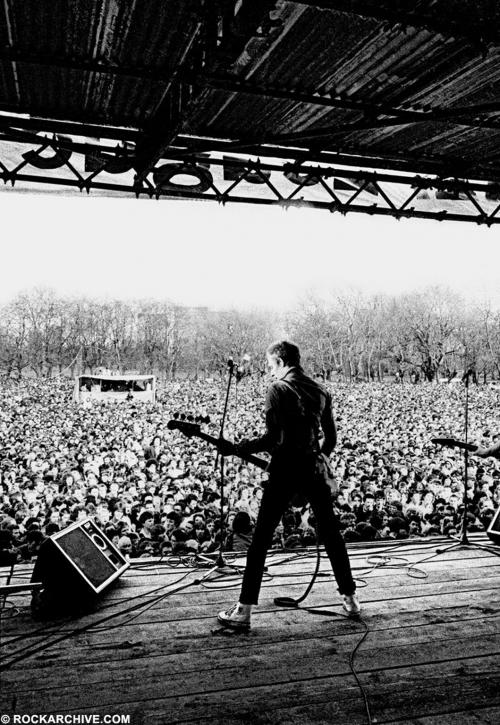 Syd Shelton began his photography practice in 1972, following a move to Australia. In Sydney, he worked as a freelance photojournalist for newspapers such as Nation Review, The Age, and Digger. In 1975, Syd had a solo exhibition of his photographs, ‘Working Class Heroes’ in Sydney. In 1976, he returned to home London and became a member of the Rock Against Racism team capturing one of the most intriguing and contradictory political periods in British post war history. Simultaneously, he established the design partnership ‘Hot Pink Heart/Red Wedge Graphics’ which evolved into the current design agency ‘Graphicsi’. During the 1980s, as well as producing photographs for the music press, and graphics for the public and private sector, Syd co-edited, and was art director of, a series of photographic books that includes the award winning Day in the Life of London, and Ireland: A Week in the Life of a Nation. Syd is currently co-director of Graphicsi, London, designing work for clients ranging from multi-national corporations and public bodies to community groups and individuals.