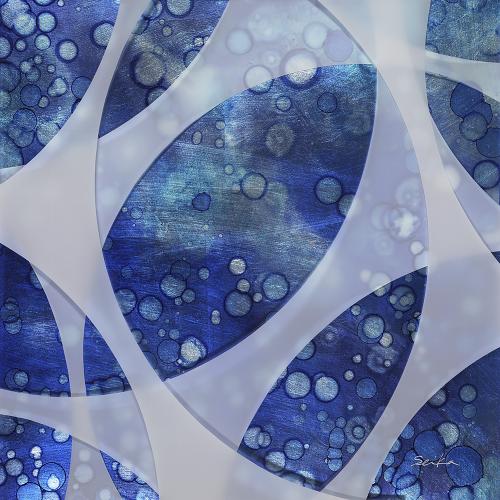 Nakisa Seika was born in Tokyo, Japan, in 1974. Primarily known as ‘Seika’ in the art world, she is an emerging Japanese artist with great passion that is displayed in each of her creations. Her work is strongly influenced by her love of Japanese block print and the serenity of nature, seen in Japan and the United States. Seika displays superior creative ability in her use of blending the most dramatic colors in oil paint with undertones of flashing silver leaf backgrounds, all crafted upon natural art boards. Seika began her artistic career in Japan and furthered her education in the United States, earning a degree in painting from the Atlanta College of Art. Seika is influenced by American painter Andrew Wyeth, and by European greats such as Picasso, Michelangelo, Diego Velazquez – each of whom she credits with sparking her imagination as a child. She is also guided by Japan’s native religion, Shintoism. “We believe eight million spirits live within us,” Seika says, “Nature is hiding a lot of them. In Japan, we feel closer to nature. It is a part of us.” Seika draws you into her paintings, as she breathes life into each stroke of the tree branch, making each painting grow differently. Seika's paintings, with her delicate lines, striking color palette, and graphic precision will certainly leave you awe-inspired. Seika does not believe her work will ever be complete. She refuses to suppress ingenuity for any reason whatsoever. “I’m sure I will not be satisfied with my work until the day I die,” Seika says. “I am always refining my style, always improving.” Her artwork is displayed all over the world, in Tokyo, Dubai, Canada, and extensively throughout the United States in galleries and private collections.