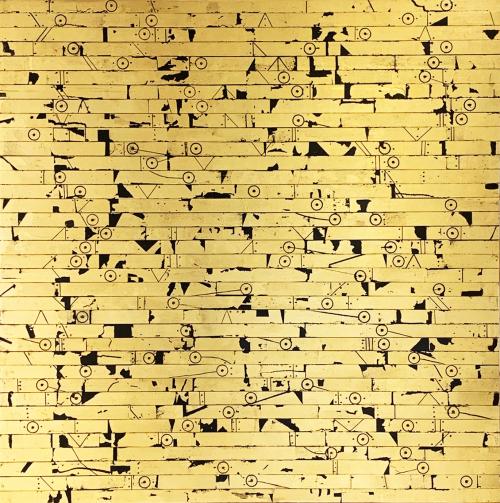 " I am deeply interested in the light and colour that reside in the wild places, from the sea cliffs of West Brittany to the Moorlands of Devon and Highlands of Scotland. I attempt to synthesise the many elements of a place into a final work building complex surfaces using layering techniques, retaining both detail and clarity, and creating a charged union of the formal and textural aspects."

Russell Frampton, painter and musician, was born in 1961 in Hampshire. He was educated at Portsmouth and at Exeter Art Colleges (BA), later taking his MA in fine Art at the University of Plymouth and is now living in Devon where he has a studio. He also spends time at a workspace in West Brittany. Both locations, as elemental as they are, provide the basis for many of his works, as well as trips to Scotland. He has exhibited widely in the South West and in London, including the major London art fairs and has work in private collections in Europe, Japan and the USA. His landscape-based abstract paintings are concerned with layering and texture to produce almost archaeological substrata appearing quarried from the raw materials of the landscape itself. He uses collage and small obsessively detailed areas of drawing to build up surfaces that have both formal compositional elements and take advantage of chance occurrences in the painterly process.