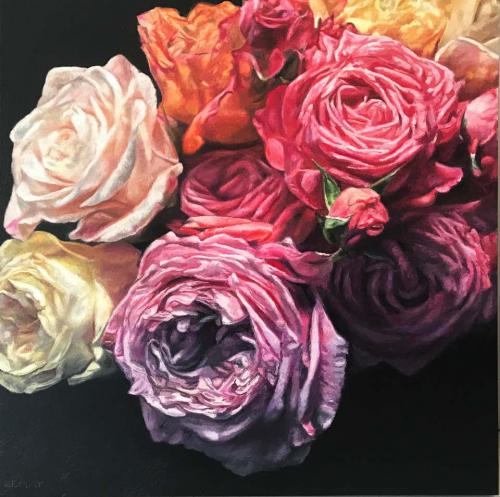 Robert Lemay is an artist living in Edmonton, Canada. He has had more than 30 solo shows and his work has been exhibited in Edmonton, Montréal, Toronto, Calgary, Vancouver, New York, and Milan. Lemay’s paintings appear in collections all over the world including the Canadian Embassy in both Beijing, China and Canberra, Australia. Shaw Communications has named a room, The Robert Lemay Room, in Shaw Court in downtown Calgary. His work is also part of the Canada Council Art Bank, and hangs at Clif Lede Wineries in Yountville, California, at Graceland University in Lamoni, Iowa, in Edmonton’s City Hall, and in many prestigious private and corporate collections. He was the recipient of the Elizabeth Greenshields Foundation Grant early in his career, in both 1989 and 1990. He was the inaugural Artist in Residence at Graceland University in Iowa in 2014.