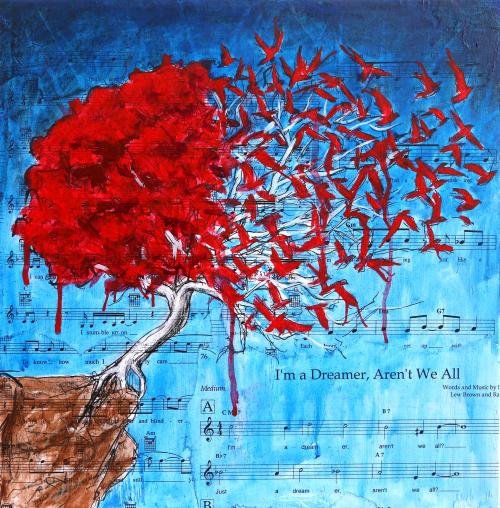 Lebsack says about his work, “It’s about new ways of thinking for the future generations. Hopefulness in young dreamers and a paradigm shift away from conventional reasoning in thoughts and actions. Some social norms can be good but they can also hold some people back, stunting our growth individually and as a society.”

Robert Lebsack received his formal training in illustration, design and photography at California State University, Long Beach, where he earned a BFA degree in Illustration in 2004. After graduating, he went on to work full time as a studio Artist/Muralist and Commercial Illustrator for an Interior Design Company where he designed graphics and painted murals for restaurants, schools and universities throughout the country. With his industry experience, he moved on to focus on creating fine art. His paintings have been exhibited internationally, including Los Angeles, Hong Kong, New York, Toronto and Zurich and have been collected by celebrities such as Ariel Winter, Christina Aguilera and Matthew Rutler.