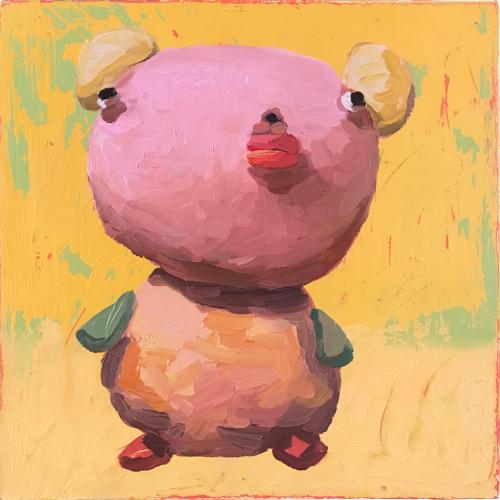 PETER OPHEIM was born in Landstuhl, Germany, in 1961. He received his B.A. from St. Olaf College in Northfield, Minnesota, in 1983. His work has appeared in solo and group shows in galleries and at art fairs in North America, Europe, and Asia, and is included in numerous public and private collections, including Hallmark, the Harwood Museum of Art in Taos, New Mexico, Lexus, Northwest Airlines, and the Venetian Hotel in Las Vegas. He has received grants and awards from The New York Foundation for the Arts, The Pollack/Krasner Foundation, and The Museum of Fine Arts in Santa Fe, New Mexico. He has been featured in a variety of publications, including New American Paintings, Juxtapoz, The New York Times, The Boston Globe, The Huffington Post, and New York Magazine. He lives and works in New York City and San Cristobal, New Mexico.