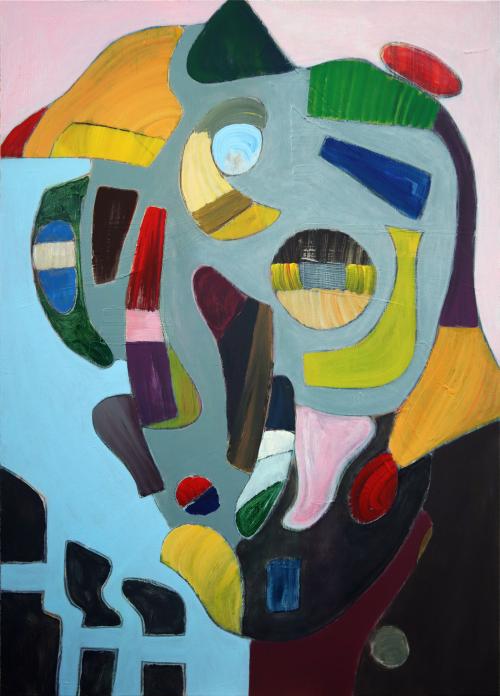 Since 1994 I have been intensively engaged in painting with a focus on oil painting and acrylic painting. In the process, I got to know Newton's and Goethe's colour theory, among others, and tried to understand their insights and philosophy with my own methods. For me, art is first and foremost a need to create something out of creative substance that my soul longs for.

Paulo de Brito was born Paulo Sergio Monteiro de Brito in Portugal in June 1975. A poor childhood in the isolated landscape of the Serra da Estrela marked the artist’s early years after his family dared to make a new start with the end of the African colonies in Portugal. De Brito’s artistic talent became apparent early on. He created his first sculptures while trying to make his own toys. Here he not only learned how to work with wood, but also discovered his love of experimentation. When his first independent drawing of a tree - an olive tree from his parents’ garden - was awarded by the school administration, his life path was decided. After finishing school, de Brito went out into the world. The first place he visited was Paris, where he spent hours wandering through the museums there, “soaking up” the incredible amount of artwork. The works of Pablo Picasso and Henri Matisse in particular shaped his artistic imagination. He did not paint at that time. This changed at his next stop, when he moved to Sicily for family reasons. Here he began oil painting in the footsteps of Antonello da Messina, developing beach scenes from his own sketches and photographs. However, he was able to develop his full artistic potential only in Munich, where he has been at home since the late nineties and has a studio in Feldafing on Lake Starnberg. Paulo de Brito is a full-blooded artist who devotes his time and energy to creating art. In doing so, he uses the whole range of art techniques, depending on the chosen theme. Thus, his oeuvre to date ranges from expressionist paintings, minimalist collages to sculptures in the style of Arte Povera. Paulo de Brito took classes with Prof. Markus Lüpertz at the Academy of Fine Arts, Kolbermoor, with Prof. Jerry Zeniuk at the Academy of Art Bad Reichenhall and with Werner Maier, lecturer for free painting and nude drawing, Munich. Vivien Rathjen