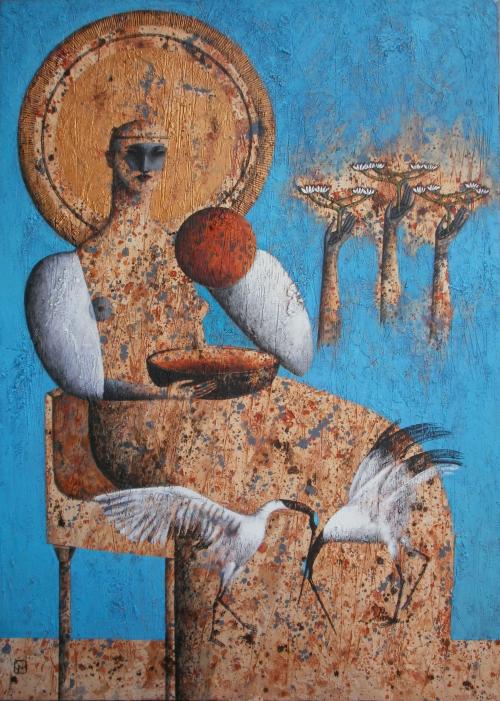 Octavia Monaco was born in Thionville in northern France in 1963. When she was six, her family moved to Bologna, Italy, where she currently lives and works. After an initial experience as a goldsmith, Monaco decided to change course and focus on art and illustration. Although she enrolled at the Bologna Academy of Fine Art, her skills are largely self-taught. Books illustrated by Monaco have been published in countries including England, the United States, Japan, Korea, France, Spain, Portugal, Brazil, Mexico, Finland and Germany. In 2005 she was invited to participate in a group exhibition at the Museum of American Illustration in New York, which was followed by a solo show at the Storyopolis Gallery in Sherman Oaks in California. She was also selected for the 200 Best Illustrators Worldwide catalogue in 2005. She has received numerous awards, including, in 2004, the Andersen Prize as "best illustrator”. Using a narrow chromatic range, Monaco creates a poetic world rich in evocative and archaic symbols, drawing inspiration from sources as diverse as medieval imagery, the unconscious mind, surrealism and Oriental philosophical theories. The female figure forms the focal point of much of her work, conceived as a magical and mystical creator of life and world mother.