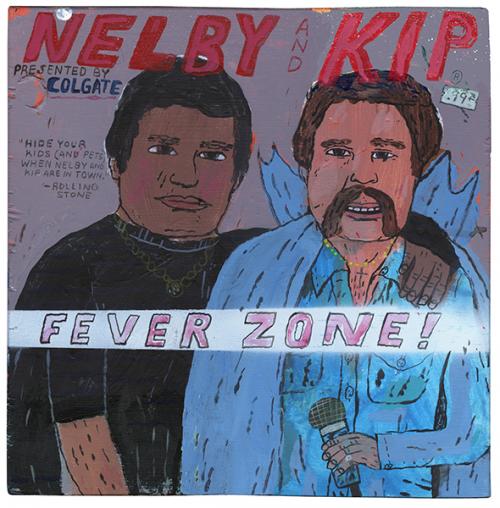 American artist Mark Todd graduated with honours from Art Center College of Design, Pasadena, California, USA, where he co-teaches illustration with his wife, artist Esther Pearl Watson. Home life includes their daughter Lili, an aspiring artist herself, and a French Bulldog named Gherkin who is pretty creative at squeaky toy destruction. Over the course of his career Mark has received awards from American Illustration, Communication Arts, Society of Illustrators, NY, Art Directors Club and Type Directors Club. Like many kids raised in the 1970s, Mark was influenced at an early age by Star Wars and comic books. Unlike many kids, he grew up just a few miles from the Vegas strip, its neon and glitz looming over the city. Mark's clients include The New Yorker, New York Times and Getty Publishing among others and he is also the co-creator of the book "Whatcha' Mean, What's A Zine?", a creative guide to making self-published comics.