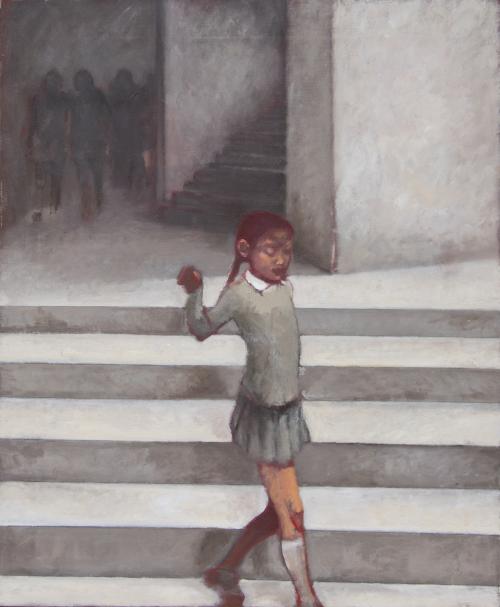 What I always seek in my work is a way of expressing the beauty of fragility: the finiteness of things, appearing and disappearing like fireflies, that acute awareness of the fleeting. This is the language that I find in my favorite authors, Proust and Scott Fitzgerald, and which I want to represent pictorially.

Lucianella Cafagna was born in Rome in 1968. She studied at the École Nationale Supérieure des Beaux-Arts in Paris and subsequently spent a period training in the studio of Pierre Carron, a protégé of Balthus. In 2011, Cafagna took part in the 54th Venice International Art Biennale with a life-size work exhibited in the Italian Pavilion, while in 2019, Rome's prestigious museum Palazzo Merulana held a retrospective of her work. Childhood and adolescence are recurrent themes in Cafagna's art, which blends the formal elegance of traditional training with a trajectory into the contemporary world. Art critics have highlighted her ability to evoke a sense of timeless suspension, her subjects hovering between memory and oblivion as poignant reminders of our evanescence.