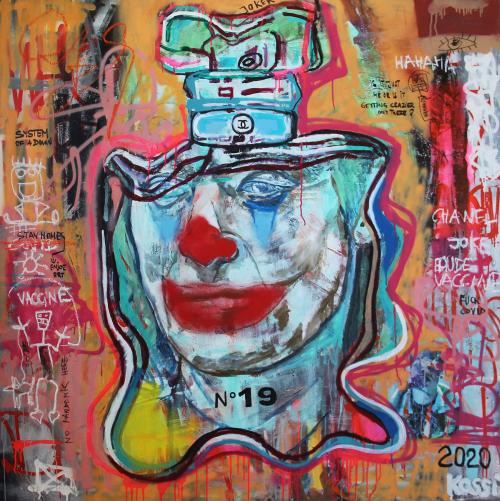 Kristin Kossi is a Germany-based contemporary artist. She began drawing and painting from a very early age. She also became inspired in fashion and graduated at the Academy of Fashion Design in Hamburg, Germany. She has a great deal of experience in fashion, photography and multimedia, all of which have paved the path for her later artistic endeavour. Kossi creates complex compositions in her paintings. She uses oil paint, collage and other media to create colourful visual worlds. In the tradition of pop art, urban landscapes, portraits of comic book characters and famous faces emerge. She combines colour, vibrancy, and a generous dose of humour to produce art that inspires, provokes and delights. Since her first solo show in collaboration with Porsche Hamburg in 2012, she has emerged as an urban pop artist, ready to share her art with the world. Kristin Kossi has been featured in local German publications and TV as an artist to watch. Kossi’s works have been shown in solo and group exhibitions in Hamburg, London and Paris. Her artwork has been published in numerous magazines including British Vogue, GQ, Grazia, and OK Magazine. Her works are also in private collections in Europe, US and Australia.