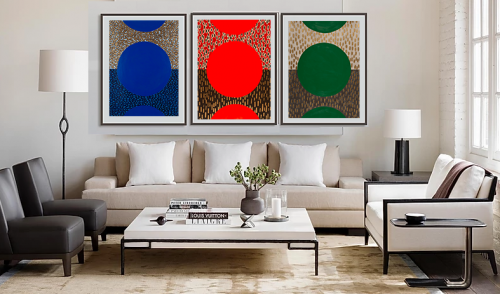 Artist Kazaan Viveiros is an artist from the USA , she earned a BA with distinction from the University of Virginia in Studio Art and Religious Studies, and an MFA from the San Francisco Art Institute. Viveiros’s paintings have been collected by a wide array of corporations, including eBay and Capital One Bank, as well as by individuals such as WalMart’s Rob Walton and novelist Danielle Steel. Her large diptych, The Whale, was purchased by Banner Children’s Hospital and currently hangs in their radiology ward. She has exhibited work in solo and group exhibitions in the U.S. and Europe, including solo shows in New York, San Francisco, Berkeley, Scottsdale, AZ, Richmond, VA, and Savannah, GA. In 2003, curator Raffaella Guidobono gave Viveiros a show at TAD Concept Store in Rome.