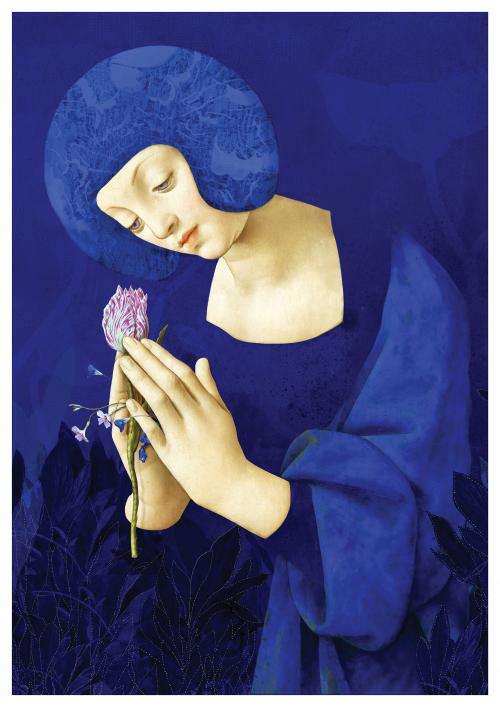 Illuminating, irreverent but always arresting, Jukka Kettunen is an artist who pushes the boundaries of paint and print to create new meaning from old masterpieces. Kettunen’s work explores the idea that decay, fracturing, and fading is a creative force that paradoxically both diminishes and strengthens the artwork. Capturing photographically key elements from a carefully chosen work - the face of a praying saint or the figure of a defiant queen – Kettunen builds elements from several artworks before transferring this digitally modified collage to canvas/paper. He continues to work with a multitude of media such as adding pigment, ink, pencil, glazes as well as scratching, sanding, stencilling. These may then be reworked digitally again before creating his luminous prints or being returned to canvas/paper and being reworked yet again. Kettunen aims to reflect the effects of gravity, air, movement, chemical compounds (better known as the ravages of Time) that randomly change, evolve and remodel a painting. The result is an ethereal re-imagining of a seemingly familiar object of beauty. Alongside the original connotations and those altered by Time and circumstance come a host of fresh associations, interpretations, and possible meanings. Kettunen’s reworking of artwork from a familiar age adds new depths and gently asks to be looked at in the new light of a new age.