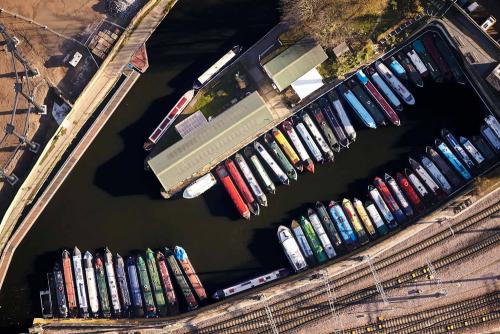 Joseph Ford studied modern languages at St Catherine’s College, Cambridge and the Ecole Normale Supérieure in Paris. In 2001, he moved to France to pursue a career in photography. Ford now divides his time between the UK and France. He has been working as an advertising and editorial photographer since 2004, specialising in people and location work.  Not one to shy away from going to extremes to capture the ideal shot, recent commissions have seen Ford shooting from helicopters in Monaco and Mauritius, climbing mountains in the dark in the quest for the perfect dawn shot in Spain, and learning to Scuba dive for an underwater shoot for a worldwide advertising campaign for the luxury hotel chain Beachcomber.  He works regularly with CGI and multi-image comps and has excellent relationships with several post-production houses. Ford has been shooting aerial images increasingly frequently over the last few years. His work has been exhibited in Paris and London. Ford won a prize in France’s National Concours des Assistants Photographs, in 2004. His work has also been selected for the AOP Photographers Awards, PDN Photo Annual, Epica, Eurobest, Cristal, IPA, Luerzer's Archive 200 Best Ad Photographers, One Eyeland, Applied Arts awards.