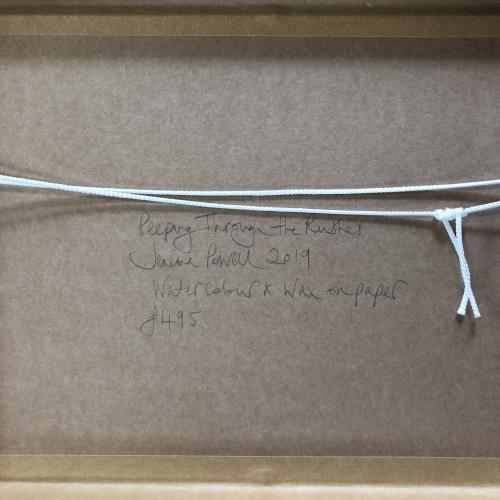 Jemma Powell is a painter and internationally renowned actress. In the late 1990s, she studied drama at the Oxford School of Drama and began a career in acting. These academic studies enriched her knowledge in historical artistic movements and the theoretical concepts that shape any type of creative process. Painting has always been a passion for her, but she decided to start focusing on it only a few years ago, when she started a family. Jemma's main source of inspiration is travelling, but her choice of subject matter is just a mean to express colours and shapes, and painting while travelling is a way to work plein air in watercolour, charcoal, pencil and oil pastel, and bring them home to develop later in oil on board. Jemma’s creative process is very influenced by her own spontaneous emotional recollection of being in certain places at specific times, working through an intuitive method of applying the paint, wiping it off, scrubbing it with a brush, retouching it with her own fingers... She says; “I like the mistakes, they are the most exciting part, things start to appear, and the painting takes on a life of its own.” In 2018 she exhibited her first solo show at Anthropologie in Chelsea, London. She continues to work simultaneously as a painter and an actress, believing that both jobs complement each other.