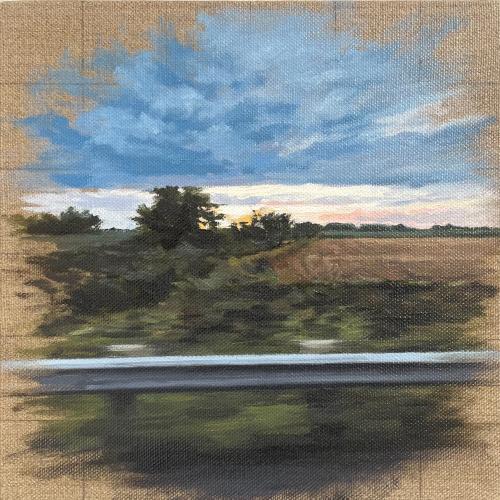 JENNIFER KRAUSE CHAPEAU received a BFA from the University of Michigan School of Art, magna cum laude, in 1984, and attended the Studio and Forum of Stage Design in NYC from 1985-87. She became a member of the United Scenic Artists Union, Local 829 in 1987 and worked as a freelance scenic artist, painting sets for major motion pictures and television shows. The freelance work allowed for time in the studio and exposed her to a wide range of painting techniques and materials. Her work has been shown at the Newark Museum, The Palmer Museum, Monmouth Museum, Mana Contemporary, Seton Hall University School of Law, Bloomfield College, and Passaic County Community College; as well as galleries in New Jersey, New York, Maryland, Michigan, France, and Luxembourg. She was selected as a finalist for the Luxembourg Art Prize in 2017. She currently lives and works in Jersey City.