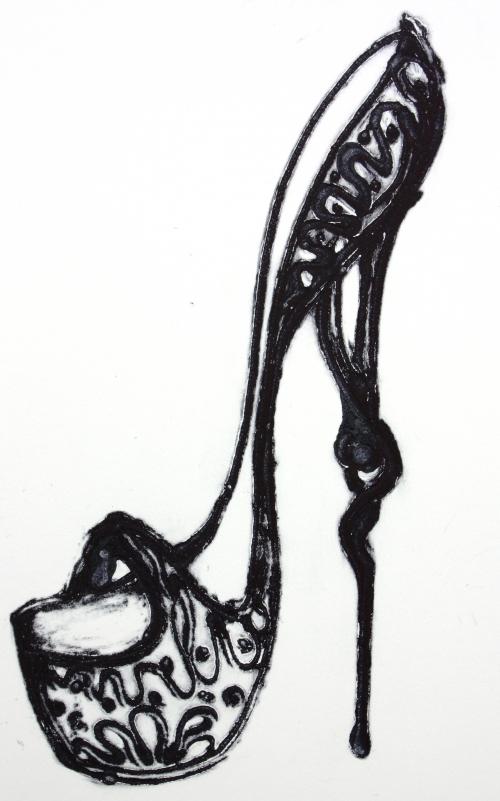 " I hope that my work exudes an energy and movement through an expressive use of line. My work draws inspiration from my Spanish culture and traditions".

Irene Prada’s work exudes a freedom and fluidity of line that reflects her earlier vibrant drawings as a designer in the world of haute couture. Prada graduated from the Italian School of Design & Fashion in 1981. Her talent for design caught the eye of acclaimed designer Maureen Baker, who brought Irene to London where she subsequently designed for Margaret Thatcher and members of the British and Saudi royal families. Irene went on to establish her own workshop in Spain, where she launched limited edition collections and designed for the Spanish royal family. In 1997 Irene Prada returned to her primary passion for art, formally training in all printmaking techniques. Her exquisite and unique prints are the result of her expertise in these disciplines. The artist’s command of etching, aquatint and carborundum printing methods allow her to create highly textured and intricate, small edition prints. Both Irene’s paintings and prints convey an energy and movement through her expressive use of line. Her shoe print collections clearly make reference to the evocative and linear forms of the world of fashion, whilst her other print series draw inspiration from the artist’s Spanish culture and traditions. Irene frequently makes reference to the great Spanish painters Velasquez and Picasso, most notably in the series of etchings entitled Las Meninas. Irene Prada has exhibited in London, New York, Japan and throughout Spain. Her work resides in art collections worldwide, including the Government of Madrid, the Spanish Foreign Office and numerous embassies.