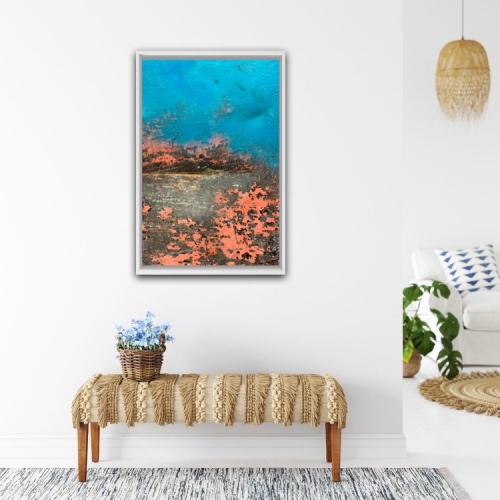 Gina Parr works predominantly in the medium of painting, but also photographs when traveling: her way of painting whilst on the move. Her work is driven by autobiographical themes and natural reference, exploring the human condition through connections to place, time, space and memory. Gina was originally trained as a Fine Artist, graduating with a First-Class BA Honours Degree. She went on to Chelsea College of Art to study set design, leading to a 25-year career designing many prestigious shows for stage and television. During this time, she also lectured in art and design in various colleges including Chelsea College of Art and Nottingham University. She returned to work as an Artist in 2007, bringing her extensive creative experience as a designer to her practice. Her works are held in collections worldwide including Keble College Oxford, Director of Jestico + Whiles Architects London, President of the Boston's Children's Museum USA, Goldman Sachs Senior Economist, London and Vedanta Resources Berkley Square London. She is represented by Renata Maiblum - Copenhagen, Brook Contemporary, Boecho, and David Lolly Gallery UK, and her work is widely exhibited in galleries and art fairs in the UK.