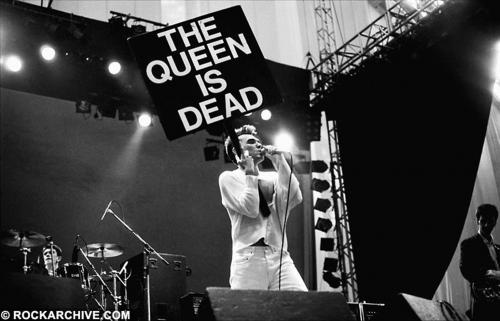 Gary Lornie was born and bred in Liverpool. As a child of the 60’s, Gary grew up to the sounds of that generation, as a teenager he saw most of the 'Classis Rock Acts' live and was drawn to capture them on film from the age of 15. His ambition was to go to 'Art School' but that was not to be. Gary, along with many of his school days contemporaries from the 70's would visit the legendary Eric's Club; many would go on to greater things in the 80’s and it was there his career began. Photographing Echo and The Bunnymen, The Teardrop Explodes and Dead or Alive at their earliest performances, he soon started contributing to a popular local music fanzine - MerseySound. His photos eventually caught the eye of the UK music press and he became a professional photographer, working mainly in the North West, he has built up an archive of Liverpool and Manchester bands from the heady days of 70's punk through to rave scene of the early 90s. His work has appeared in Melody Maker, Sounds, NME, Smash Hits, The Face, Q, Uncut, Filter, Mojo and numerous music mags worldwide. Over the years he has photographed most of Liverpool's alternative bands, with album and single covers for many artists including Black, The Icicle Works, The Fire and Western Promise. More recent additions include re-issue CD covers for The Wild Swans, A Certain Ratio, John Foxx and Thomas Dolby.  Although Gary now concentrates on Landscape and Street Photography, he still continues to photograph those 'Northern Bands' whenever he can.