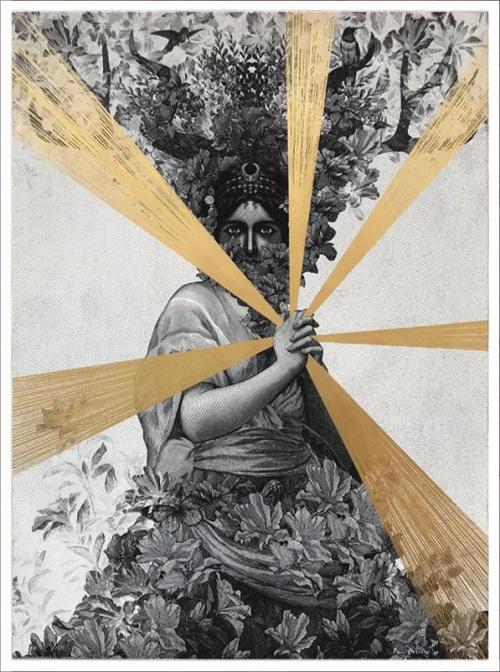 Dan Hillier makes collages and ink drawings using a mixture of found imagery and his own imaginings. His work is born out of a passion for line work and collage, a love of archaic imagery and an urge to produce pictures that provoke humour, wonder and a certain subconscious recognition in the viewer. When Dan works, he usually begins with an idea of what he wants to make and sifts through source material from old books and illustrations, allowing himself to be led by what he finds and whatever associations may arise, whilst keeping the various possible final outcomes in mind. He scans these source elements where he plays around with them and excavates the final picture, adding scans of his own ink drawing where necessary.This intuitive process of exploration is the basis for his working practice and leaves room for unexpected ideas to arise as he heads towards the final image. Usually, he aims to produce a series of like pictures that will work as a whole whilst retaining their individuality. Finally the work is produced as a screen print or sometimes an ink drawing. Nearly all of his work is figurative and comprises totemic or iconographical combinations of human, animal, plant and mineral forms. The subjects are generally set in blank spaces devoid of context. The characters in his pictures display an emblematic composite of human and non-human attributes, drawing on, but rarely literally depicting, ancient mythological beings, Victorian freak-shows, dream imagery, religious iconography and subconscious inspiration, whilst promoting a sense of transformation, repression, transcendence and evolution. Using mostly found imagery has always been a part of Dan's practice. It is a way for him to utilise the visually arresting elements of quite ordinary scenes he finds and bends them into a cohesive whole that becomes an expression of his imagination. It is also simply an enjoyable way to make pictures.