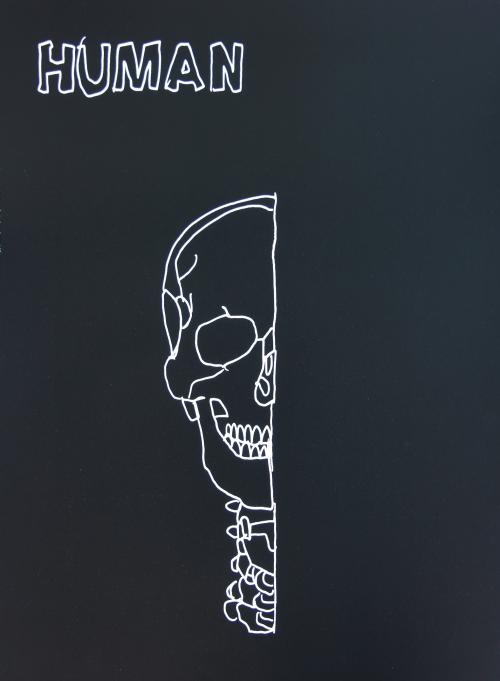 DAN BALDWIN, BRITISH ARTIST, THE ARTWORKS ARE HIGHLY SOUGHT AFTER AND HAVE BEEN EXHIBITED AT SOLO SHOWS IN PARIS, NYC, L.A, LONDON, NEWCASTLE, & BRIGHTON. Dan Baldwin has worked with brands as diverse as Max Factor and Paolo Nutini, is published by CCA galleries and his art is owned by Sir Ronald Cohen, Bernie & Petra Ecclestone, and Damien Hirst, among many othersDan Baldwin creates a landscape that simultaneously reflects reality, the power of the imagination and the private, inner workings of his mind. His style has a unique aesthetic which is difficult to categorize. Working by instinct, it can change dramatically depending on the subject matter he is exploring and the emotions he is channelling.Dan Baldwin creates a unique and immediately recognisable vision in his silkscreen prints. His work is at once both abstract and figurative, reflecting both reality and the world of imagination. Dan Baldwin’s subject matter is the interior of his own mind, from rumination on love, memory or philosophical issues, to an airing of opinion on politics and/or current affairs. The work is multi-layered, both physically (Baldwin can use glazes, diamond dust,collage and 3D media on top of his silkscreen surface) and in terms of meaning. The motifs with which he plays often reccur- skeletons, swallows, crucifixes, childrens’ story book illustrations, spiders, robins, trees, knives, flowers, cartoon figures- and are often contradictory, creating an uncomfortable and sometimes sinister paradox. Each motif has a meaning (swallows generally signify innocence for example), although the meanings can vary slightly from print to print depending on the overall ethos of the piece. Symbolism is key to Dan Baldwin’s oeuvre- both his own interpretation and the personal response of each viewer. These symbols of death, life and love reflect Baldwin’s preoccupation with the ‘big questions’ of human existence.Born in Manchester, Baldwin studied at Eastbourne College of Art and Design and then Kent Institute of Art and Design. He lives and works in West Sussex. Baldwin’s work is collected and exhibited nationally and internationally. His pieces have been bought by many people of interest including Liam Howlett, Maxim (The Prodigy), Patsy Palmer, Chris Packham, Gem Archer & Andy Bell (Oasis, Beady Eye), Jo Whiley, Petra Ecclestone, Holly Willoughby, Ant McPartlin, Sir Ronald Cohen, Shepard Fairey, Mark lanegan, Alison Mosshart & Jake Chapman, and he has worked with brands as diverse as Atomic Skis, Max factor, Sara Berman, thisisalimitededition.com and recently Paolo Nutini on his comeback album campaign of 2014. He is in the permanent collection of the Groucho Club and Cafe Royal.