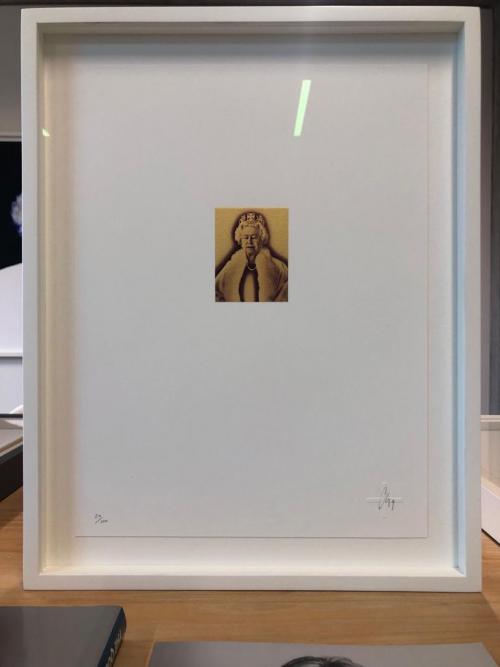 Chris Levine has been part of art world royalty since he created a series of photographic portrait prints of Her Majesty the Queen in 2004. A self-proclaimed light artist, Levine doesn’t create paintings in the traditional sense; rather, he makes art using a mixture of lighting techniques, photography and digital media. With light as his key message, Levine’s sensational portrait of Her Majesty Queen Elizabeth II presents an utterly fresh depiction. Shown with her eyes closed, the portrait, entitled Lightness of Being, leads the viewer into the Queen’s mind – or as Levine states, into her ‘inner realm’. One of his other most famous portraits is of Kate Moss, in both a stark, white background and again, in more colourful, psychedelic lighting. Levine has collaborated with the likes of Antony and the Johnsons, Philip Treacy, Massive Attack, Grace Jones, Asprey Jewellers and has an ongoing relationship with The Eden Project. Chris Levine’s original paintings and limited-edition prints have been sold in and collected by major galleries around the world.