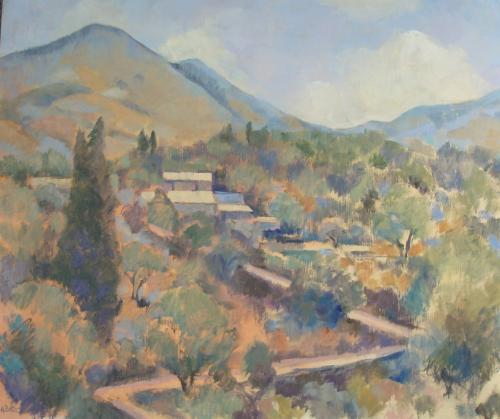 Andrea Bates was born in Hungary but went on to study in Paris and Montreal, and later studied art at the Academy of Fine Arts in Vienna. She now lives and works on Oxfordshire, UK. She is a member of the Oxford Art Society, Fosseway Artists, and several other groups. Andrea primarily works in Oils and pastels and depicts landscapes, seascapes, portraits, flowers, gardens, street scenes, still life, and occasional abstracts. Andrea has exhibited in a large number of solo shows including exhibitions at Royal Society of British Artists, the Royal Institute of Oil Painters, and by the Pastel Society in the Mall Galleries in London. Andrea's StudioHer work can also be found in private collections in the UK, North America, Switzerland, France and Germany, and has been featured in various publications, both in the UK and internationally.