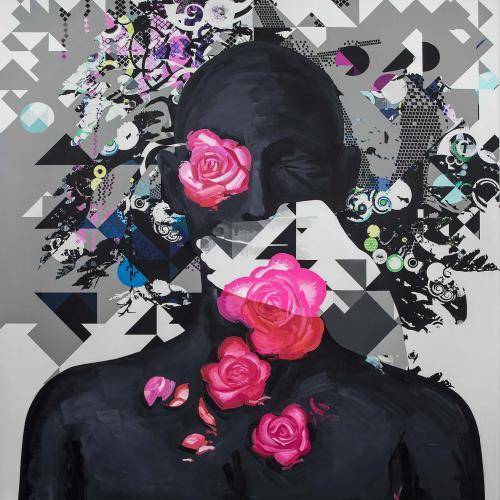 Anca Stefanescu was born in Romania, in 1974. She began painting at the age of 12. Since then, art has always been her passion, and in 1999 she graduated with a Master of Fine Arts degree, majoring in painting, at the National University of Arts Bucharest. Stefanescu made a brief detour as a DI Colorist and Graphic Designer, working at the most important Production and Post Production Houses in Romania, for several years. During this period, she was collaborating at cutting edge commercials for brands such as Coca Cola, Nestle, Vodafone, P&G. She later returned to painting with renewed enthusiasm wanting to “inspire people to see the beauty in every detail, to discover the secret message in every tiny flower, tree, animal or bird.” Stefanescu uses combined media blending acrylic, oil and digital painting to create a half-conscious state for the viewer. The contemporary London-based artist is known for both fashion objects and paintings. She brings a boundless mastery of colour theory and outstanding sense of rhythm. Stefanescu has exhibited widely across the globe and recieved Honorable Mention at the 2nd Annual Women Artists Art Exhibition, 2019.