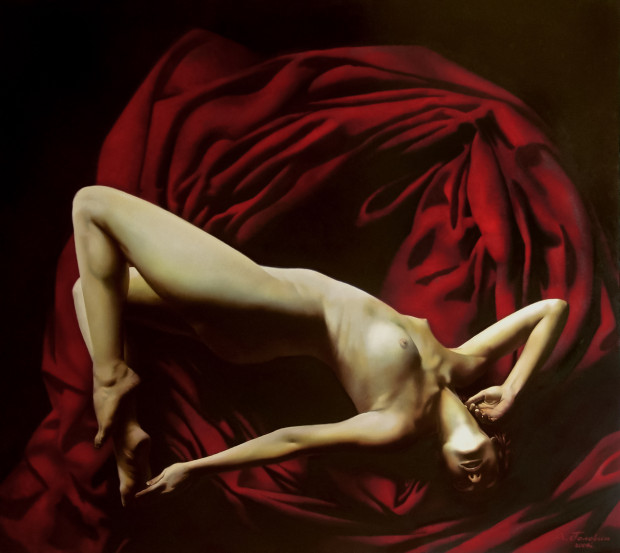 Born June 26, 1977 in Leningrad (now St. Petersburg), Alexey Golovin grew up in the artistic family – his father Konstantin Golovin is an artist. Having graduated from the Crimean Art College (1997), Alexey Golovin entered the St. Petersburg Art Institute named after Ilya Repin (1998). Noteworthy, by the Decision of the Presidium of the Russian Academy of Fine Arts May 29, 2000 the talented student received his first award. In particular, the medal “For academic success.” Meanwhile, In 2006 he graduated from the St. Petersburg State Academic Institute, Department of monumental painting. He studied in the workshop of Academician of Arts, Professor A. A. Mylnikov. Alexey Golovin is a Member of the Union of Artists of Russia. <br><br> Among his other awards – State Scholarship Union of Artists of Russia and an honorary anniversary sign “250 Years of the Russian Academy of Arts” (2007). Meanwhile, in 2008 – 2009 Alexey Golovin taught Art in Saint-Petersburg Academic Institute of Painting, Sculpture and Architecture. Awarded the Jubilee Medal “75 years of the Union of Artists of Saint-Petersburg” in 2009. Alexey Golovin works in the genre of easel and monumental painting. The works of Russian artist Alexey Golovin are in private collections and museums of Russia, Ukraine, USA, Germany, Israel, Canada, and China. He currently lives and works in St. Petersburg