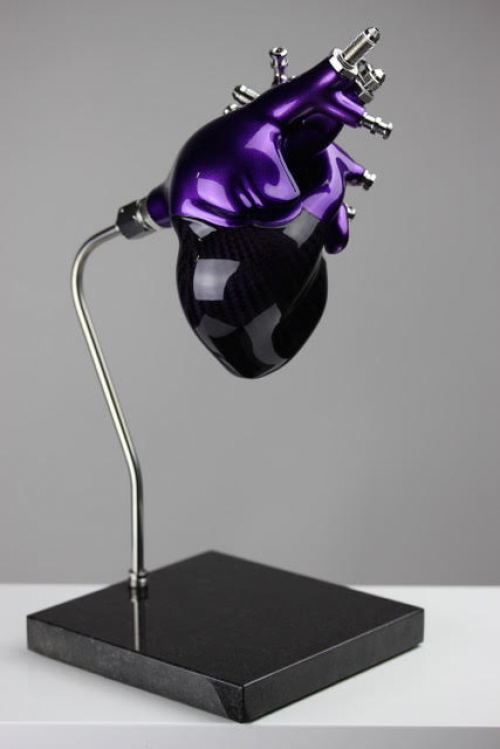 Alastair Gibson was born in 1962 near Johannesburg, South Africa. Now in his tenth year as a full-time artist, Alastair is being recognised as a forerunner in carbon fibre sculpture and, with his team, is undertaking a variety of projects including private commissions, installations, a lifestyle product collection and new work in his studio ‘studio 45’ near Oxford, England. With an interest in motor racing influenced by his father and an education in balance-engineering, Alastair originally set off to Europe with an ambition to work in the motorsport industry. This resulted in a career of twenty-two years, fourteen of which were in formula one, four as lead mechanic for the Benetton F1 Team and ten as race team chief mechanic for the BAR and Honda Grand Prix Teams. Drawing similarities between modern motorsport engineering and his love for the natural world, Alastair uses his acquired engineering skills and experience to recycle F1 car parts sourced from Grand Prix teams to show his passion for art through his signature medium of carbon fibre sculpture. Each bespoke sculpture created by Alastair Gibson cleverly alludes to similarities between man-made and natural engineering.  Alastair’s work has been exhibited worldwide and his sculptures have been purchased by collectors in North America, Europe, Asia, Australia, Middle East, and South Africa. Alastair’s work can be viewed in selected galleries in the UK, the United States, Europe, Russia, Dubai, and South Africa.