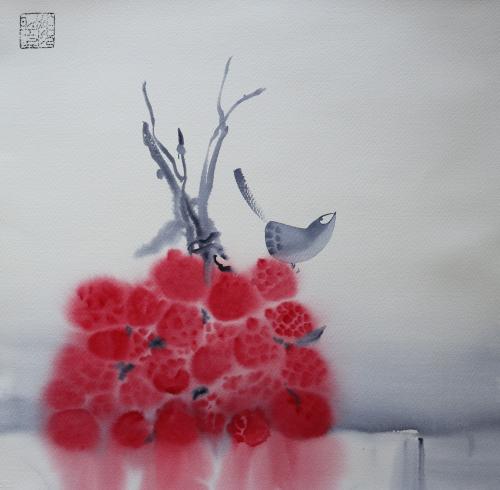 Aaron Gan is the 2015 UOB Painting of the Year, Gold Award, Established Artist Category, Singapore winner. Born in Singapore in 1979, Gan graduated with a Bachelor of Commerce (Dean’s List) from the University of Western Australia in 2003. In 2012, he gave up his corporate career to fufill his childhood dream of becoming a professional artist. Following his numerous sell-out shows, Gan’s artworks have been collected and commissioned widely both in Singapore and internationally. Gan's works have been presented to foreign dignitaries around the world. During Singapore's PM Lee's official inaugural visit to the US in 2016, his painting Balestier Road was presented to US President Barack Obama. He belongs to institutional and corporate collections of the Ministry of Foreign Affairs, Nanyang Academy of Fine Arts, National Library Board, GIC, Keppel FELS, Julius Baer, United Overseas Bank, The Association of Banks in Singapore, TruMarine, Wheelock Properties and many more. In 2017, he collaborated with Nespresso on a regional media campaign spanning Singapore, Malaysia, Taiwan, Hong Kong and China. Gan was appointed Art Ambassador for Faber-Castell, Singapore, in 2018. In 2019, he was selected to represent the upcoming Year of the Rat in wine label Castiglion del Bosco’s Zodiac series.